In this week’s lessons, we started by exploring the Greek concept of a symposium, which literally means a “drinking together”. We saw how wine was mixed in beautiful jars called “kraters” and how guests would recline on couches and discuss both serious and trivial matters. We met a game called “kottabos” involving flicking the dregs of wine at a target using a flattish Greek vessel called a “kylix”.

The Athenians produced two very distinct types of pottery called “red figure” and “black figure” pottery. We looked at some beautiful examples of these, and how they incorporated particular motifs and images. Panoply Vase Animation Project make imaginative animations of the figures on Greek vases – you can watch them here.

You each chose a type of vase to make, and decided whether you wanted to do make it red- or black- figure pottery, and what imagery you wanted to use.

We also finished translating the story of Narcissus, and we explored how the story had inspired artists as well as giving us our word “narcissistic”. There is something fascinating about the story of this character who became besotted with himself, and we discussed how it might reflect how we start off as very young children thinking we are the centre of our world, and then gradually realise life is more complicated than this! 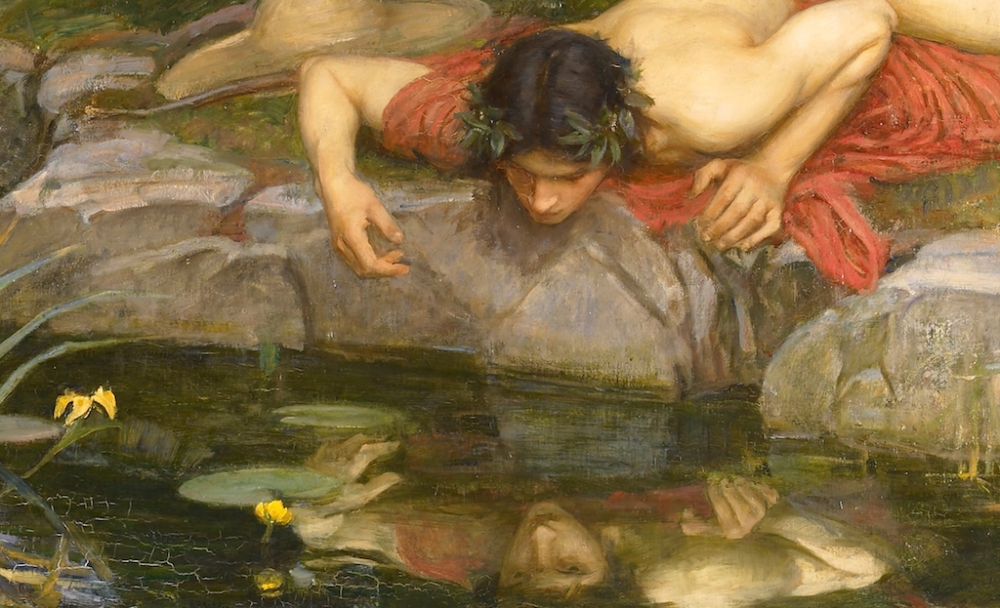